Skip to Content
Home Sewing Me Made May Days 25-31 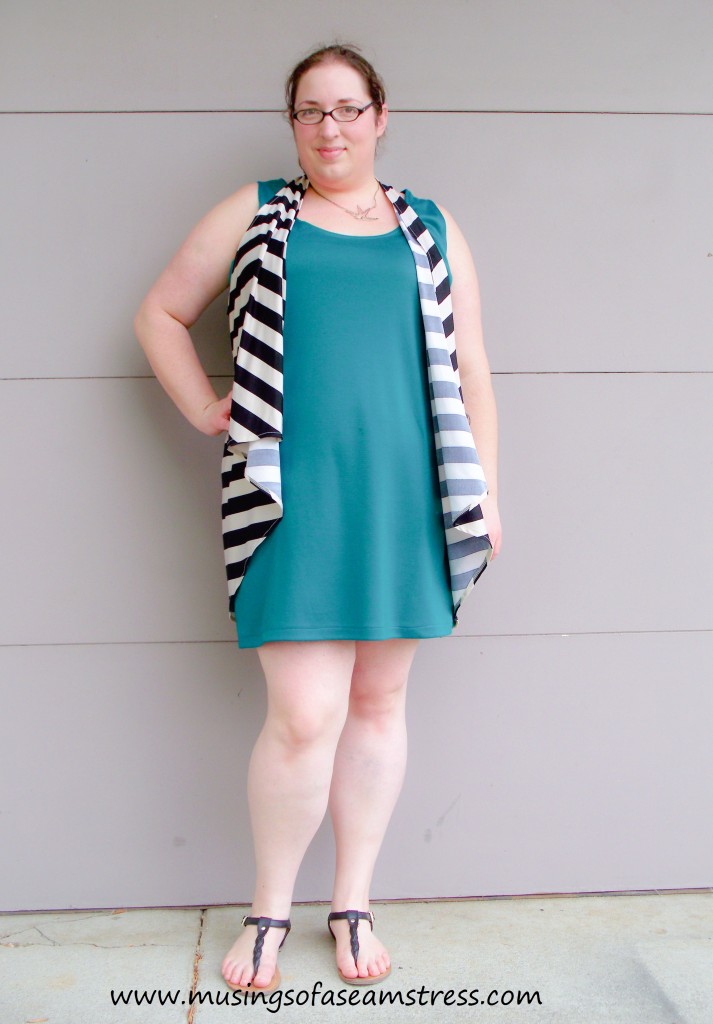 Ahhh…Memorial day, a day off of work.  I wore my newest version of McCall’s 6559, which was made way back in March.  This version used exactly 1 yard of a teal ponte that has been in my stash since 2012. It is a little short than I would normally wear though, so next time I will add about 3″ to the hem.  I believe the fabric was from a mystery bundle from Fabric Mart, so I am estimating the cost to be around $1.50.  I will for sure take that cost for a new dress.  I also wore it with my Butterick 5789 vest.  This is the third time I wore this vest this month and I cannot seem to get enough of it.  I originally made it specifically to be worn with this dress though. 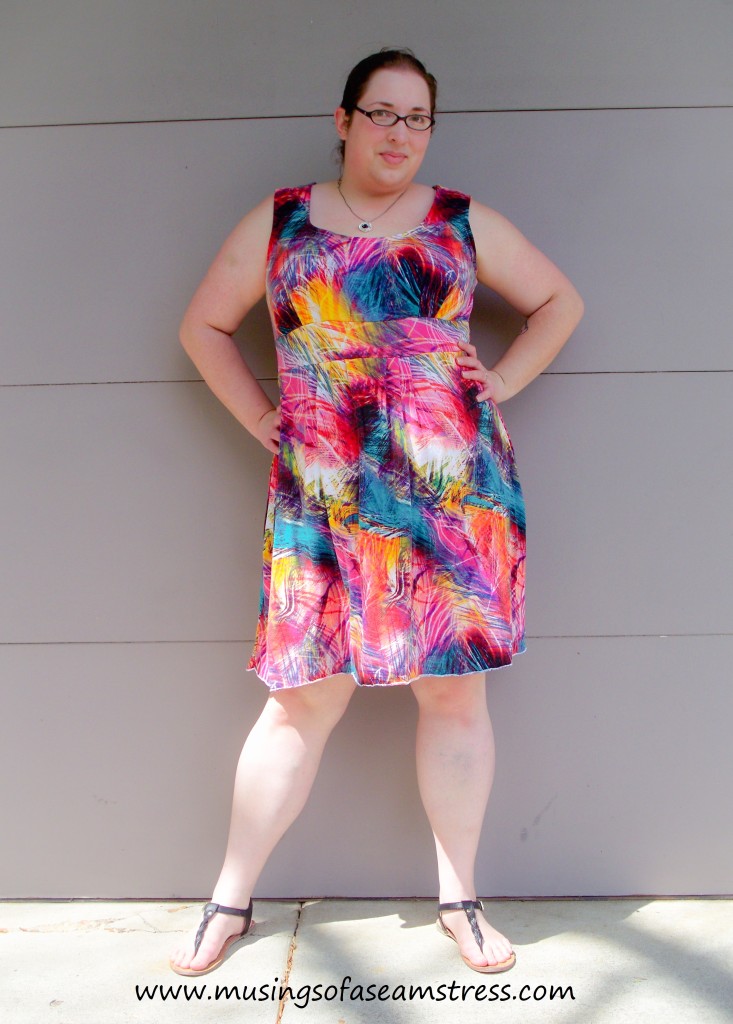 This is one of my favorite makes from last year, McCall’s 5974!  This fabric is so bright and fun.  It stands completely on it’s own in my wardrobe.  Nothing I own or have made comes anywhere close to the intensity of these colors.  I did also wear the original wearable muslin version of this dress later in the day as well. 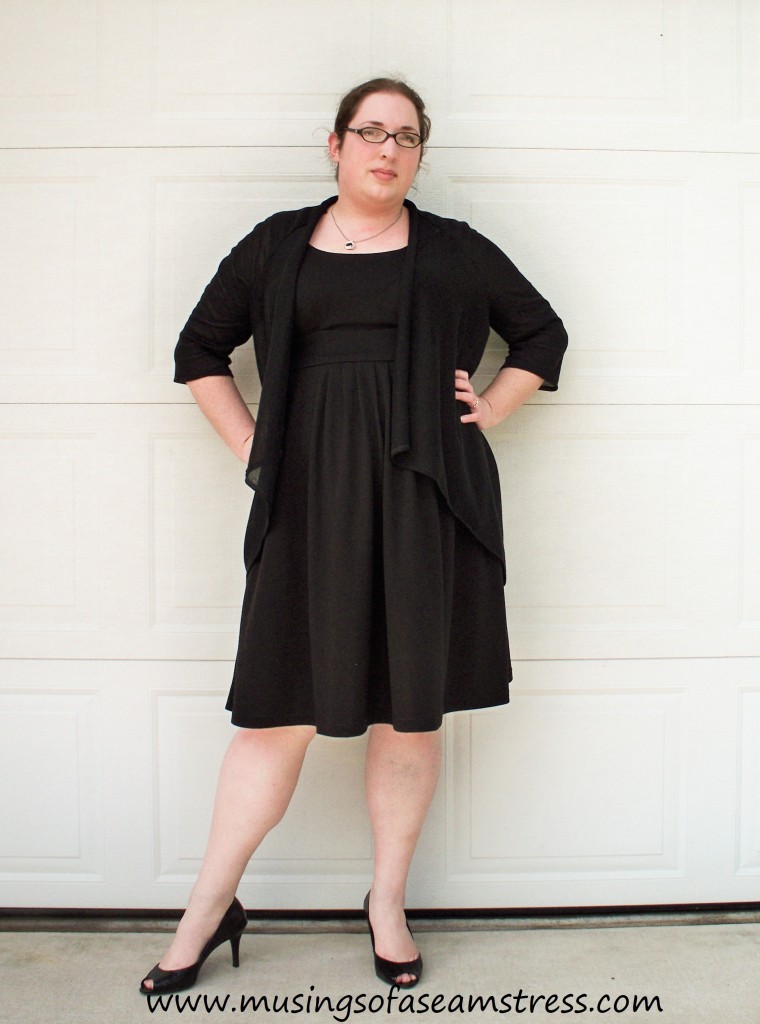 This was an incredibly hard day.  The Thursday before I learned that my oldest and dearest friends’ mom had passed away after a battle with cancer and Wednesday was her funeral.   I have been friends with this person for 24 years now and know her family pretty well.  Her mom was an amazing women who taught me a lot.  The one that I will always remember from when we were younger was when I asked her why she was wearing sunglasses in the winter because I had always associated sunglasses with being for summer only (I don’t know what to say other than I was a weird kid).  She looked at me and laughed and said “Well the sun is still out now, isn’t it”.  She was like a second mom to me often and I will never forget her.  In preparing to go home for the funeral I grieved by stressing about what to wear and decided I had  to make a new dress and cardigan.  I decided to go with my standard McCall’s 5974 from 1.75 yards of black ponte and Butterick 5789 from 2 yards black baby hacci sweater knit.  Both are newly purchased fabrics this month from Jo-Ann’s. 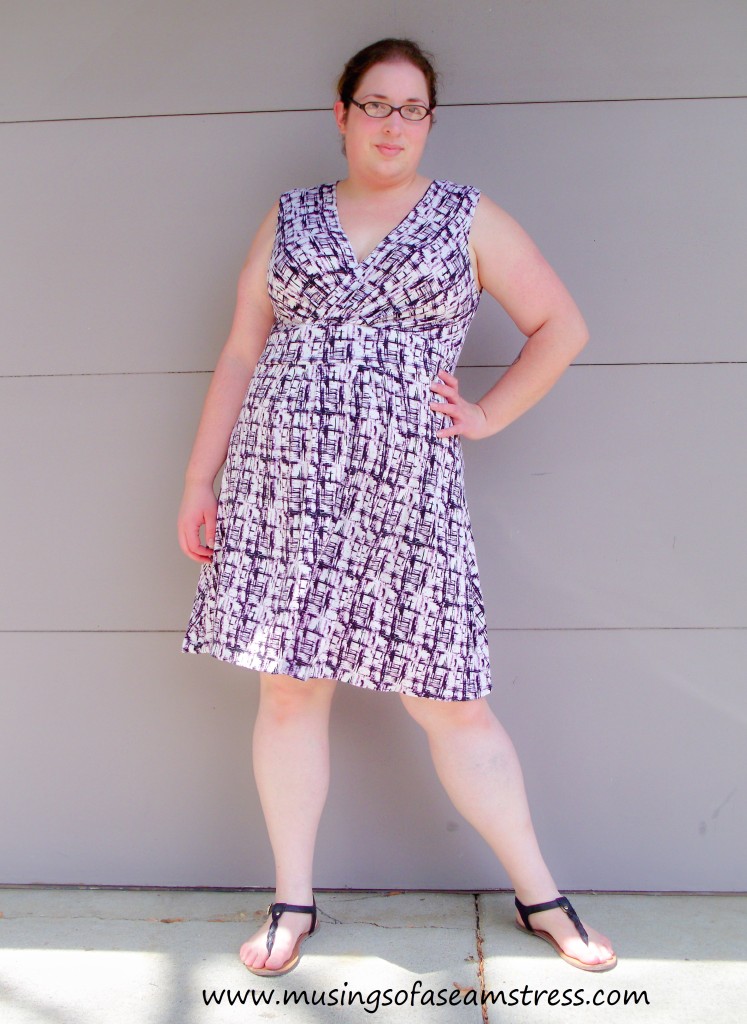 Big surprise, I wore another version of McCall’s 5974!  I think maybe I need to lay off of this pattern for awhile since I have made 8 versions of it.  I don’t know if that will happen though.  It is just such a well fitting and comfortable pattern that it is my go to summer dress.  We’ll see what I make this summer, as I do have a few other patterns picked out. 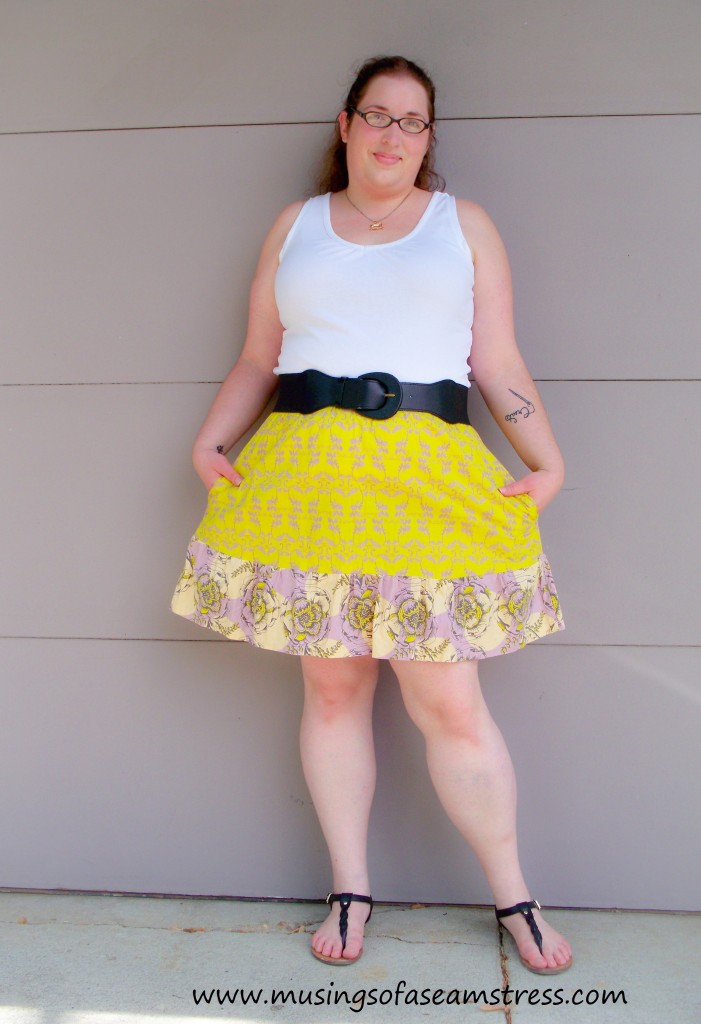 For fear only ever wearing M5974 all week, I choose to wear one of the self drafted skirts I made back during the Adoption Dress project.  This skirt has pockets and a slightly gathered contrast ruffle.  I paired it with a white tank top and wide black belt.  Similar to the McCall’s dress I have about 7 different versions of this skirt as well.

Oldies but goodies for today.   Both the top and the shorts are me made pieces from ages ago.  The top is possibly from 2009 and the shorts are from 2012. The shorts  were way too big in 2012 and not so much anymore, so that kind of sucks.  You know all those awesome “You should be sewing” meme’s Leila keeps making, yeah well, I think I need on that says “You should be running”. 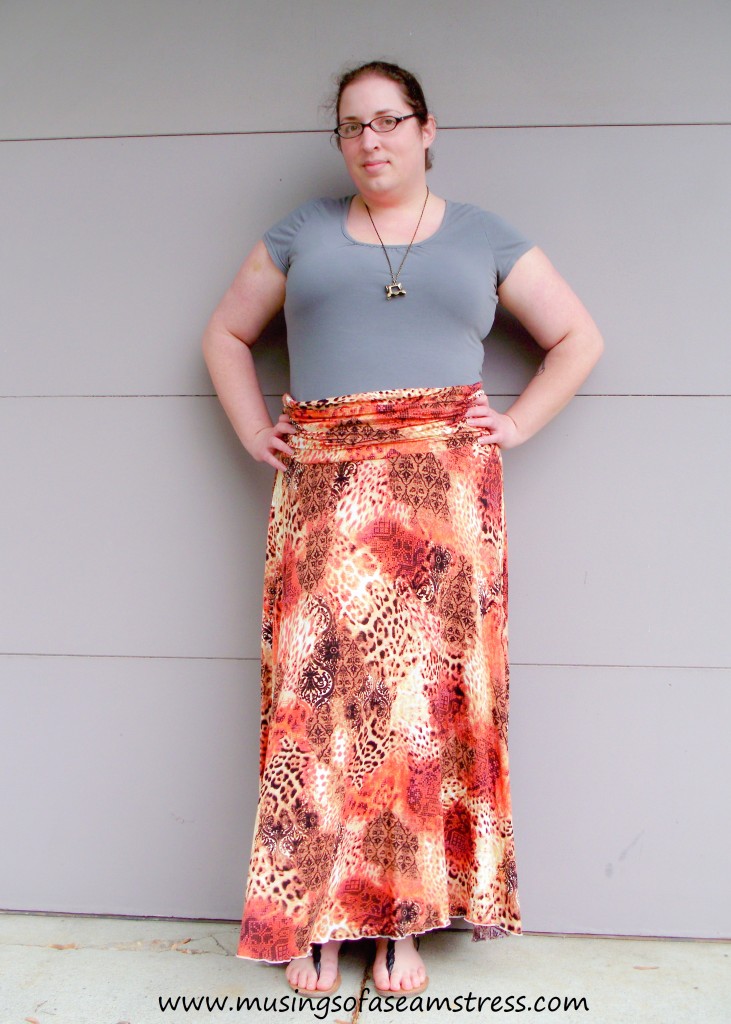 And now we have reached the end of another Me Made May.  Today I wore the self drafted skirt I made back in January/February.  I don’t know what it is about this skirt but I just cannot seem to style it.  I feel like I want to wear one of my wide belts with it but I can’t since I made the waistband wide and ruched.  Also, I just have not liked any of the tops I own with it.  None of the colors go well, except black, and no matter which I choose I feel pretty column like in this look.  I appear to have no shape whatsoever.  I really think it needs a belt.  I don’t know if I will wear this again without changing the waistband.  On a side note, I promise that the hem of this skirt is not angled like the picture makes it look.  I was just standing at an awkward angle, which you can’t even tell because I look like a column.  Ughhh!