Today was an emotional day that I want to share with you all.  It is a heartbreaking story that I have to share.  I attended a Celebration of Life Ceremony for the step-daughter of Eric and I’s friend Chelsea.  She was a young women who left this world way to early and under terrible circumstances.  I had only had the pleasure of meeting this young women about 12 years ago when Eric and I first started dating.  She was about 10 years old I believe.  I, along with Kaycee’s family, strongly encourage you to share her story in hopes that it will help someone who is in the same situation. This is the story of Kaycee, as written by her father. 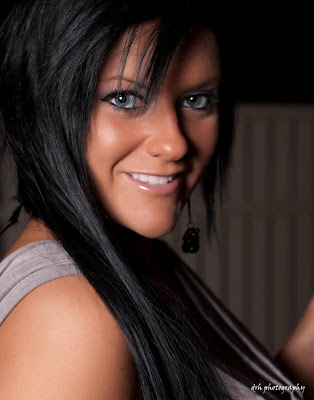 Kaycee was, by all accounts, a drama queen. A whirling, twirling, dancing, prancing chaotic force of unbridled energy drama queen. You always knew when she had been there and it was a good idea to prepare when she was to make an appearance. She made sure that you knew who did what to who, how and why they did it and then followed by what she thought of that person. Of course, the story was often grossly exaggerated and may have even had some truth to it.

She was also a very loving soul. The last thing she wrote was “so much love for my family”, and she had an endless supply to give. She loved her brothers and sisters deeply and was very protective of them. They looked up to Kaycee and were in awe of her energy. She wanted to make her parents proud, and she did. Of course we were worried about her and also scared for her, knowing that she lived life to the fullest. We had so much advice to give, but she wanted no part of it. She had to learn it all herself, in her own fashion. Her grandparents were always there to back her up and she felt safe with them, especially Papa Bill. He had a soft spot in his heart for Kaycee and would do anything for her and she knew it. Needless to say, she spent a great deal of time with him. She loved Robin, my sister, as well. They had many good times together, and lots of pictures to remember them by.

Kaycee was well on her way to having a long, fulfilling life. She had it all, it seemed. She was very intelligent, fun, beautiful and had a great sense of humor. She was in school to become a nurse like her mother and father. She had a job as a waitress and her own apartment. Kaycee was also engaged to Brian. I have to admit, the first time I met Brian I did not care much for him as he was a few years older than Kaycee. He still recalls the first time we met, as he admitted to me the other day, as a not so pleasant experience. No one is ever good enough for your little girl. I have since come to respect him and believe that he was good for her. I know that she loved him very much.

Then something happened. Vicodin happened. Kaycee started taking the prescription narcotic Vicodin at this time. It is unclear why she started taking this drug but it is clear why she could not stop. Opiates are used to control pain, one of the side effects is a feeling of euphoria and a sense of well being. Her job as a waitress was not going so well. She had a hard time waking up to get to work on time. She was groggy, grouchy and was becoming disinterested in life or anything else that did not involve getting more Vicodin. She had many waitressing jobs at this time as she could not hold one for very long. Pretty soon she had to take the drug, not to feel good, but to keep from feeling bad. She did finally find a job that paid very well and would allow her to sleep most of the day. She became an exotic dancer. This is a very scary job for a young lady, having to take your clothes off in front of a bunch of strange men who are wanting nothing more than to see your body and possibly get their hands on it. Enter Heroin.

This drug is also an opiate but much stronger as it is introduced directly into the bloodstream via needle stick. So much better, is it possible to feel any better than this? Where have you been all my life?  This is a piece of cake now. Heroin, dance, get money, shop, party, buy more heroin, repeat.  Kaycee was on top of the world lookin’ down on creation. Her apartment was lavishly furnished. She had a brand new car, ate at expensive restaurants, had name brand clothes and I was finally getting some proper gifts for Father’s day and my birthday. Although, I was not happy about it because I knew how she got the money. She was doing well financially, but she had lost something. Her self-esteem and self-worth. She admitted to us that she loved the money, but hated what she had to do to get it. She tried to waitress again, but heroin and waitressing did not go together. She tried to go to school again as well. It was painfully obvious that school was not an option. She sold most of her things to pay for her car and the heroin she was now addicted to. She quickly lost her car and the way of life that she once knew. She seemed to be out of options- except for one, suicide.

It was during this time in her life that she was in and out of Fairbanks, a drug rehab center. The thing is, with addiction, the drugs were such a significant part of her life now that she needed them. Being an adult now, no one could force her to stay in rehab long enough to get the help she needed. She spent time in Hospitals and police stations for suicide attempts. She stayed the required 72 hours in these places and was released back into the world, where the only thing she knew was dancing and drugs. She stayed with many different family members who attempted to take her in and help her only to result in hard feelings and betrayal. She had nothing, no more possessions to sell for drugs. Her zest for life had all but disappeared. A friend of her mothers’ decided to take her in an attempt to help her. This resulted in a felony theft charge after she resorted to stealing everything of value from this lady, all of which went to purchasing more heroin. She went to the only place she felt safe, her Grandpa’s house, down in Bedford.

I came down to see Kaycee on the 9th of July. I first noticed that her arms went from having some scaring and needle sticks on her ante-cubes to full blown track marks up and down both arms. It was apparent that she did not understand the gravity of the predicament she was facing concerning the charges, much less the progression of her addiction. At this time, we believe that, she was off of heroin for 4 days. She started to get a grasp of what had happened and what was going to happen to her. I told her that I thought prison would be good for her as it might save her life. If she could get away from the drugs long enough and get some real help, she might be able to reclaim her life. I hugged her and told her that I loved her and that we would get through this and that she would get her life back on track. I went home and we all went to bed, except for her.

She spent the next two hours calling friends and family mostly apologizing for her actions and saying her goodbyes. I was the last person she called. She said that she loved me and missed me and that she would take care of things. I told her that I loved her too and to just get some sleep, that I would talk to her tomorrow. That was the last time that I would speak to my daughter.

She wrote a letter and loaded a gun. I called back about ten minutes later because something did not feel right. It was too late. My father answered the phone and I knew something was wrong. “What’s wrong”, I asked. “I think Kaycee just shot herself,” he replied. After beating the door down and dragging her into his truck, he drove her to the hospital. I arrived at the hospital soon after, where the Chaplain informed me that she was not going to make it. When I went in to see her it was obvious that the doctors and nurses had done what they could and there was nothing else to be done. Kaycee’s heart was still beating but, she was not able to breathe on her own. Her pupils were fixed and dilated and she had a large hole in the side of her head.  I gave them permission to let her go and me and her grandfather stayed with her until she passed.

Kaycee wanted her story to be told and so it has been. I believe that she wanted it told so that it might help others. On her note she wrote, “Keep my story out there because addiction does kill. Sorry for all the lies. Please try and remember the good Kaycee”. Sweetie, you were always good. You just got lost and couldn’t find your way back. You are deeply loved by many and will be sorely missed. My only wish now is that you are finally at peace.
There is a group of women with us tonight called Eve’s Angels. Their mission is to help women who are in the same situation that Kaycee was. Please, if you or anyone you know are in a situation not unlike Kaycee’s, they are here for you and would love to speak with you. Thank you.